Tuhin Hossain is one of the freelance commercial photographers in Bangladesh. He is passionate about his work and he’s following his passion for more than 21 years. In 2001, Tuhin Hossain achieved the “Best Glamour Photographer “ award from the Cultural Reporters Association of Bangladesh. And in 2018, he got an award from the Bangladesh Friendship Foundation and Index Media in the category of “Best Photographer 2018.” He believes in simplicity so he always tries to exhibit his works creatively in a simple way. His work includes Commercial, Advertising, Fashion & Glamour Industry, Interiors, Products, Wedding & Parties and more. 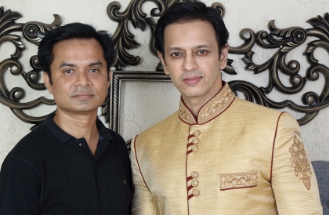 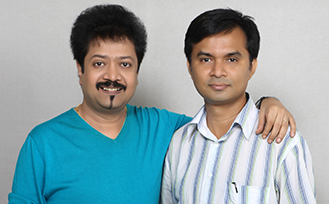 In 1996, he started his career as a freelance photographer. Then in 1998, he joined in Bangladeshi best selling weekly magazine “Shaptahik 2000 & Fortnightly Anandadhara” as a staff photographer. Then in 2002, he became the chief photographer of that magazine and worked till 2015. In the same year, he started his own creative photo studio which is one of the biggest photo studios in Bangladesh. From 2013-2015, he was a freelance photographer at Daily Star weekly publication “Star Showbiz”.In 2012, he attended the Dhaka fashion photography festival. In 2014, he conducted a workshop on “Fashion Photography” organized by the Photoffee Academy Of Fine-Art Photography. In 2015, He Organized several photography-training sessions for the young and enthusiastic photographer at North South University, Art & Photography Club (NSUAPC). Here he has perfoemed as an honorable photography judge. This year, he took a glamour photo lighting class as an expert Department of Television, Film and Photography, University of Dhaka. He has worked with so many renowned models, fashion brands, hotels, advertising agencies and multinational companies like Infinity, Fit elegance, Lubnan, Mantra, Aahong, Handibazar, Rich man, Dorjee, Anjon’s, Kaykraft, Banglar Mela,Asiatic, FCB Bitopi, TBWA/Benchmark, Carrotcom, Paper rhyme, BBDO, Mediacom, Outbox,Nestle Bangladesh Limited, Robi Axiata, Standard Chartered Bank, British American Tobacco, OTOBI Ltd, Pran, Banglalink, Bkash, SMC, ACI Limited, Square Toiletries Ltd, BD Foods, Partex Group, Jamuna Group, Brac,Six Seasons & Pan Pacific Sonargaon. Etc. Also, he worked as a photographer in Lux Anandhara Miss Photogenic contest (1999 to 2004) and Lux Superstar contest. (2006-2008)
tuhinhossain2000@gmail.com
01819-214149
https://www.tuhinhossainphotography.com
House:1/1(3rd floor) Road:9 Kallayanpur 1207 Dhaka

Our life is full of stories. Stories of growth, love, struggle & hard work. It is hard to express all the stories in a few words but one photo can express so many stories.
134,Dokhina,Road no 09, Nasirabad Properties, Khulshi, chitagong 01818-558893
39 Views